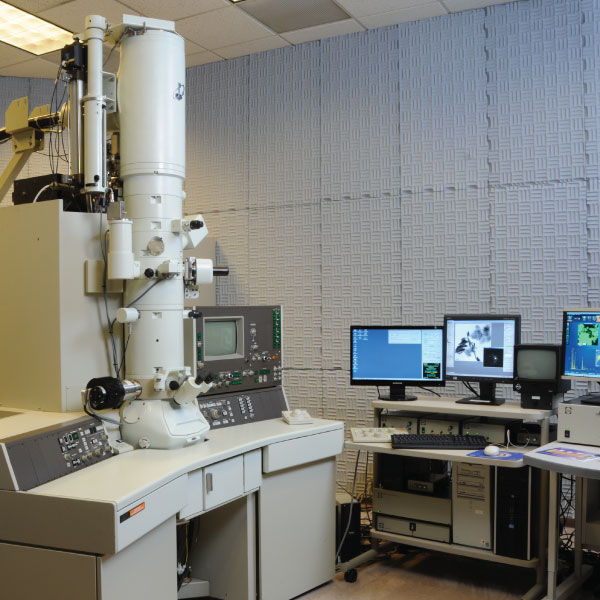 Boston Scientific, a developer of innovative medical devices, approached McCrone Associates, Inc. for pre-clinical analysis of a novel metal alloy, a modified 316L stainless steel, to be used in a vascular stent. Transmission electron microscopy (TEM) was used to assess the potential impact of the modification on the elemental and structural properties of the samples.

When developing metal alloys for use in medical devices, microstructural characteristics such as crystalline phase, presence of secondary phases and uniformity of elemental distribution must be assessed and combined with results from performance testing to determine whether the alloy is suitable for the intended application.

TEM is an ideal technique for analyzing metals and other materials to gain an understanding of their structural and elemental properties on the submicrometer to atomic scale. The method can be applied to materials at various stages of processing, to finished products, and even to wear debris, such as sub-micrometer particles removed from device surfaces or patient tissues.

Boston Scientific requested two TEM studies of their prototype alloy, which had been modified by addition of platinum to increase radiographic density of the vascular stent. In vascular medical devices, radiographic density determines the level at which the device can be visualized for monitoring during and after the implantation procedure.

The sample for the first study was a polished section containing precipitates observed using optical microscopy. Precipitates are not uncommon in austenitic stainless steels, and are typically chromium carbide or chromium oxide. Because the Boston Scientific material had been modified by addition of platinum, it was necessary to determine the composition of the observed precipitates.

The second study involved comparing samples of 316L tubing and platinum-enhanced 316L to determine whether the platinum was uniformly distributed, or whether its addition led to formation of secondary phases that might compromise the physical properties of the alloy.

Key to both studies was the preparation of suitably thin sections from the samples provided. The TEM utilizes a beam of high-energy electrons passing through a sample to generate signals for imaging, elemental analysis, and electron diffraction for crystalline phase identification. Samples must be flat sections 100 nanometers or less in thickness to allow the beam electrons to be transmitted through the material. Two different techniques, ion milling and electropolishing, were used to prepare thin sections of the Boston Scientific materials. The sections were then examined using a JEOL JEM-3010 TEM, where images, elemental spectra and electron diffraction patterns were acquired and analyzed to address the questions posed by Boston Scientific about their novel alloy.

In the second study, TEM imaging showed no evidence of inclusions or precipitates in the metal and also indicated that the crystalline grains comprising the platinum-enhanced alloy were larger than those in the standard 316L stainless steel.

Extensive EDS analysis was done, both by mapping of large areas and by spot analysis of several individual grains and grain boundaries. Segregation of elements into these thin boundary regions between grains can greatly impact the strength properties of an alloy, and it was critical to determine whether such segregation of the platinum had occurred. TEM EDS analysis showed the 316L and the platinum-modified alloy to have very uniform elemental distributions. There was no indication that secondary phases had formed, or that platinum had segregated into the grain boundaries of the modified alloy.

The transmission electron microscope is a powerful tool for microstructural analysis of metals, polymers and other materials incorporated into medical devices. Other applications of TEM analysis to medical devices at McCrone Associates have included imaging of a porous metal oxide anode device and identification of metal and polymeric wear particles isolated from devices and tissues. These studies have resulted in increased understanding of structural properties and performance, aiding in development of new, innovative materials and devices.