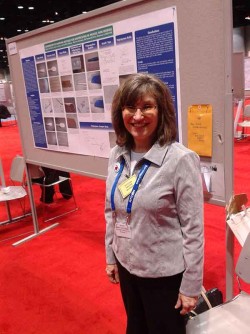 CHICAGO–Pittcon, known as the world’s largest annual conference and expo on laboratory science, graced Chicago with its presence in March. The Life Science Network was on the scene to check out the impressive array of innovations and ideas that filled the McCormick Place convention center.

In the end, it was party knives and sunscreen that made the biggest impression on us. Those were the unexpected topics of the two most interesting posters we saw while touring the 2014 show. The first of these posters, from McCrone Associates Senior Research Chemist Mary Stellmack, was inspired by an “aha!” moment she had while eating lunch.