An Exchange in Locard’s Own Words (Part 2)

Edmond Locard
Doctor of Medicine, Professor of Law, Director of the Lyon Laboratory of Police Techniques,
Vice-President of the International Academy of Criminology

Part II—Traces from Breaking and Entering

M.  OBJECTS LEFT BEHIND BY THE CRIMINAL

The criminal may have left objects behind or might deliberately leave traces of his presence on the scene.

The discovery of hairs from the victim is always possible when someone is arrested, so one must always take hair samples from the victim before the body is buried (and pubic hairs in the case of sex crimes.) 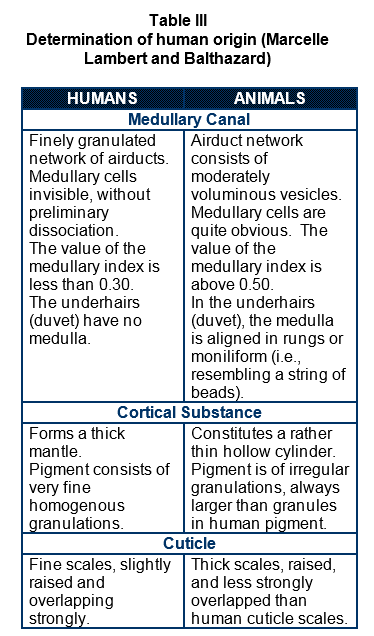 In general, the diagnosis of the region of the body the hair is from can be refined more or less as described by Marcelle Lambert and Balthazard.

Hans Gross, Handbuch fur Unterschungsricher, Munich, Schweitzer, 1908; the same has been translated into French, ­translated by Bourcart and Wintzweiller, Paris, Marchal and Billard, 1899.

H. Coutagne and Florence, “Fingerprints and Judicial Expertise,” Archives of Lacassagne, No. 19, 1889.

Ainsworth Mitchell, “Circumstantial Evidence from Hairs and Fibers,” The Internal Review of Criminalistics, No. 1, July, 1929.