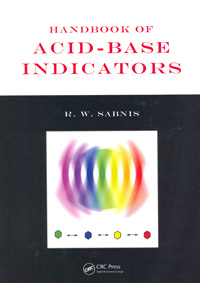 Analytical microscopists and microchemists have had the need to determine the acidity or basicity of a sample, or a need to establish a particular degree of acidity or alkalinity to perform a specific microchemical reaction for almost two hundred years. Even before the rise of the synthetic dye industry, microscopists used what acid-base indicators there were available, and soaked various fibers in them, dried them, and introduced the tiny indicator-laden fiber fragments into their unknowns, watching for a color reaction. A modern chemical microscopy reagent set still includes zinc sulfide wool, litmus silk, and turmeric viscose-silk more than a hundred years after their introduction. The analytical need to determine or establish acidity/alkalinity does not change with time, especially when the methods are so quick, inexpensive, and reliable. The acid-base indicators used up to the middle of the 1800’s were largely derived from insects, mollusks, roots, or leaves. This all changed in 1856 when the young, eighteen-year old, English chemist, William Perkin, working in his London home laboratory, accidentally discovered mauve while trying to produce artificial quinine.

As new synthetic dyes were found to act as acid-base indicators, they were reported in various scattered literature. Alfred I. Cohn, whom analytical microscopists may know from his still-useful 1903 book of named chemical reactions, Tests and Reagents; Chemical and Microscopical, systematically arranged the scattered information on indicators in his 1899 publication (second edition 1902), Indicators and Test-Papers; Their Source, Preparation, Application, and Tests for Sensitiveness…..Again, the information contained in this book is still useful, as the chemical reactions involved do not change with time.

In the next 20-30 years, I. M. Kolthoff’s book, Säure-Basen Indicatoren culminated in the fourth edition in 1932. This fourth edition was translated into English by Charles Rosenblum and published by Macmillan in 1937 as Acid-Base Indicators. This book, which now included a discussion of the dissociation of strong and weak electrolytes, the theory and properties of indicators, and the colorimetric determination of hydrogen ion concentration, proved so useful that it had a second printing in 1953. (Interestingly, a 2007 paperback copy of this book is available online). While electrometric methods were introduced with the general move toward instrumental methods of analysis in the laboratory, all of the acid-base indicators in Cohn’s and Kolthoff’s book are still eminently useful to the practicing microscopist. Many of us also made good use of the color chart, pH Ranges and Color Changes of Kodak Indicators that was available from the Kodak Laboratory and Specialty Chemicals division of Eastman Kodak Company (click to enlarge):

And now we have the present book under review. What has changed? How does this new handbook of acid-base indicators fit in with the classics? What has changed is that in the last three decades or so acid-base indicators continue to find new applications in a wide range of scientific disciplines that include semiconductors, displays, nanotechnology, OLEDS, fuel cells, sensors, security, surface coatings, adhesives, insecticides, agricultural chemicals, textiles, packaging, cosmetics, personal care products, pharmaceuticals, and the detection and treatment of disease (medical applications for diseases, such as asthma, AIDS, burns, cancer, diabetes, epilepsy, hepatitis, malaria, osteoporosis, and heart disease). In addition, because of the acute awareness and consciousness of the effect of toxic chemicals on humans, there is a need for data on the toxic effects of indicator compounds at a molecular level for humans and the environment.

A great many of these new applications of acid-base indicators are covered in the patent literature, and so it will come as no surprise that the author of this new book, in addition to being trained as an organic chemist (dyes), is also a registered patent agent with the U. S. Patent and Trademark Office. He invented the world’s first non-staining colored bubbles, and is also the inventor of more than 50 U. S. and international patents. Prior to entering the legal (patents) field, he was a research chemist for Ascadia, General Electric, Brewer Science, U. S. Textiles and Invitrogen; he is presently with Squire, Sanders & Demspey LLP.

Organized alphabetically by indicator, from Acid Alizarin Violet N to Xylenolphthalein, there are over 200 water-based and solvent-based acid-base indicators included for discussion in this book. Each entry includes the common name, other names, CA index name, CAS registry number, Merck Index number, the chemical structure, chemical/dye class, molecular formula, molecular weight, pH range, color change at pH, pKa, physical form, solubility, UV-visible (λ max), melting point, and boiling point. But then, in addition, this book provides protocols for synthesizing indicator compounds, data relating to adverse effects, toxicity and safety, and major applications; it is in these areas listed in the Reference section that this book is particularly strong in.

Classic acid-base indicators, such as litmus, are not listed in this book. Gentian Violet and Crystal Violet, although listed as two separate entries, contain the same information. There are no color charts indicating color changes. The modern chemical microscopist who is likely to encounter any of these new applications for acid-base indicators will be obliged to add this new volume to those of their classics.