In Lyon, on 14 April 2016, France issued a 0.70€ postage stamp honoring Edmond Locard (1877-1966). In addition to a portrait of Locard, the stamp depicts an inclined microscope, a fingerprint, and a silhouette of Sherlock Holmes. In 1910, Locard persuaded the Lyon Police Department to provide him with two attic rooms and two assistants, to start what was to be the first scientific police laboratory. Locard admired the methods of Sherlock Holmes, and he himself came to be known as the “Sherlock Holmes of France.” He would eventually write the comprehensive, seven-volume Traité de Criminalistique. Today, he is known for his “Exchange Principle,” in which every contact leaves a trace. He continued his research until his death at age 89.

Read his Manual of Police Techniques in six parts. 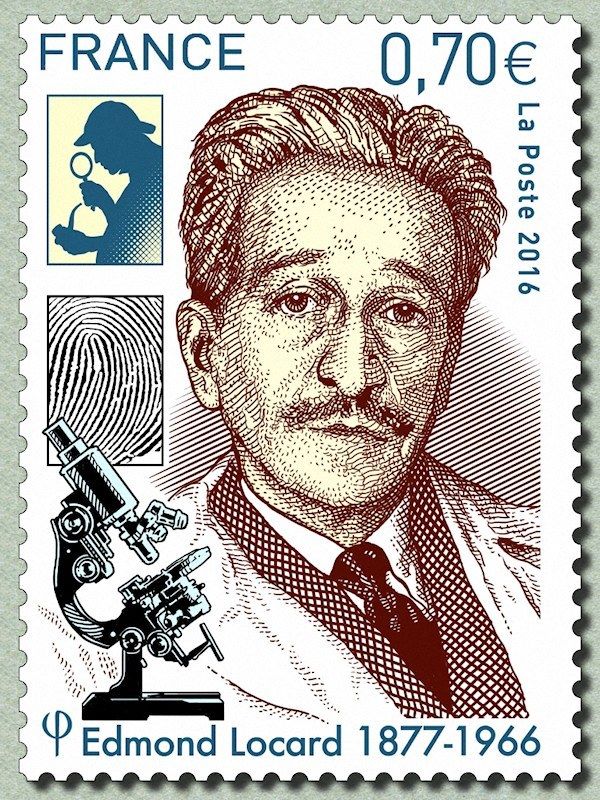